Jordan is an Upper School History teacher. Jordan attended the University of Connecticut, Storrs and received his degree in History. He has been at The Master's School for 26 years and has taught many subjects. Jordan decided to teach because his mother was a teacher. He was drawn to The Master's School because of their values and mission.

Jordan grew up in Vermont and New Hampshire with his parents and his younger brother. He remembers the cool summers and crisp autumns. They attended many musical performances, but the two boys were drawn to sports. Currently, he lives in East Hartland, CT and enjoys walking, hiking, running, and cross-country skiing and snowshoeing in winter.

A fun fact about Jordan is that he loves his children and having them has expanded his and his wife’s lives greatly. 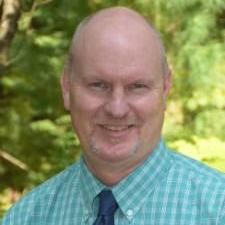