Bill is our Director of Lower and Middle School. Bill attended UCONN where he received his Bachelor's degree in Psychology. Additionally, Bill attended Pace University for his Master's degree in Education. He is also certified in General and Special Education for Middle Childhood. He has been working in the Education sector for 10 years now. He has taught grades 2-8 in varying capacities and has taught in Special Education settings as well. Bill has always had a passion for math and has enjoyed his time teaching.

Bill believes that all people should be equipped to pursue the desires and talents the Lord has given to them. In order for that to happen, a strong foundation must be in place which begins with a solid education. He believes that by working in education he can come alongside families to help them raise their children and give the children the tools, attitudes, and mindsets to equip them for success. He decided to join The Master's School community because he had a strong hope and visions for what education could and should be. He wanted to work at a place where there was a balance of structure and responsiveness to students’ needs. Most importantly, Bill knew that any education or work that he was a part of, he wanted to do it for the glory of Jesus Christ.

In his spare time, Bill loves reading, hiking, and working out. A fun fact about Bill is that he and his wife are both from families of four children, and they also have built a family with four children. 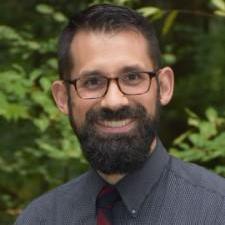