Janet is the Preschool teacher for the three-year-old class. Janet attended Liberty University where she earned her degree in Education with minors in English and Psychology. Additionally, she has her State of Connecticut Teacher’s License. Janet chose to be a teacher because she loves working with children and understanding more about their complex ways of thinking. She desires to come alongside them and help them develop the gifts that God has given them. Janet chose to teach at The Master's School because she enjoys The Master's School’s community and their purposeful and prayerful approach to education.

Janet love cooking and hosting her family and friends. She also loves to be outside with her family, gardening, hiking and sitting by the fire. A fun fact about Janet is that she has four children. 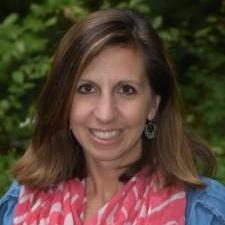